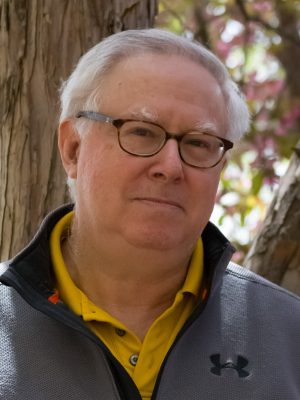 Let me introduce myself and my publishing company. I’m Bruce Bortz. Beginning in 1992, and most intensively since 1995, I’ve been publisher of Bancroft Press. In your industry-related readings, you’ve undoubtedly come across us. PW called Bancroft “small but enterprising.” Book marketing guru John Kremer first placed us in his top 101 independent book publishers starting back in 1998, and we’ve remained there ever since. Liz Smith, the world’s foremost entertainment columnist, wrote favorably of three of our books, and dubbed us an “up and coming” publisher. We were profiled in “Today’s Librarian” – the first such publisher featured through an extensive Q&A.

Since 1992, Bancroft has published 18 new titles. At least four of them have sold more than 10,000 copies. Authors have included such big names as:

Bancroft books have received critical attention usually reserved only for large publishers, having been regularly reviewed in the finest and most exclusive venues, such as Kirkus, PW, LJ, SLJ, theNYT, amazon.com, barnes and noble.com, the Washington Post, the Philadelphia Inquirer, the Los Angeles Times, the Baltimore Sun, USA Today, the Cleveland Plain Dealer, etc., etc., etc.

We have successfully launched or advanced the literary careers of at least ten of our authors. At least six of them have gone on to successfully publish with large New York houses.

We have achieved special success in a very difficult field to enter – Young Adult fiction. Our first entry, Jonathon Scott Fuqua’s “The Reappearance of Sam Webber,” won the following awards and honors: The Alex Award; New York Public Library’s 2000 Books for the Teen Age List; The American Booksellers Foundation for Free Expression – one of two novels in print (adult or YA) to best deal with the issue of violence and youth; School Library Journal’s one of the top five Adult novels for young adults in 1999; and Booklist’s Editors’ choice ’99 for Adult Books for Young Adults (14 novels in all). Published as a paperback, with massive publicity, by Candlewick Press in April 2001, Fuqua’s brilliantly written, multi-award-winning story of an 11-year-old whose father inexplicably abandons his family looks as if it’ll become a classic along the lines of “To Kill A Mockingbird.”

Like Fuqua’s “Sam Webber,” our second entry into YA fiction, Matthew Olshan’s “Finn: A Novel” has been selected by the BOMC/Teen People Book Club. In addition, it has won a rare blurb from the nation’s premier YA librarian, has hauled in testimonials from two National Book Award finalists, received a starred review from Booklist, was made the subject of a C-Span “AboutBooks” broadcast (extremely rare for a book of fiction), and been nominated for a Michael L. Printz Award. In sum, this March 2001 title has attracted more prestigious pre-pub praise than any of our other, earlier books.

Several of our books have been quite significant, too. For example, while “Live by the Sword” was probably the 1200th book published on the Kennedy assassination, it was the first to make full use of the millions of pages of documents declassified by the federal government after Oliver Stone’s movie “JFK.” It also was called definitive by Kirkus, received a rave review from the New York Times, merited selection by both the BOMC and the History Book Club (a rarity), and is optioned to Showtime for a three-part miniseries slated for production sometime next year.

Our football book, Jon Morgan’s “Glory for Sale,” was called one of the few breakthrough sports books of the 1990s, and made widely known to the public and to policy-makers the importance of new stadiums to NFL franchises and their host cities.

Our entry into parenting, Sandi Shelton’s “You Might as Well Laugh,” made the top ten book list put together by the Wall Street Journal’s work and family columnist Sue Shellenbarger. (Sandi went on to a two-book deal with St. Martin’s Press.)

Our humorous look at the world of complaining, John Homan’s “Wilber Winkle Has A Complaint,” drew reviews or feature stories from newspapers all over the country, and even produced a full-scale Washington Post editorial.

Our first investment book, Susan Laubach’s effectively innovative “The Whole Kitt & Caboodle,” has been called the best basic book on investing by the National Association of Investment Clubs, by best-selling investment writer Ric Edelman, and by the National Council on Economic Education. (It is now headed to its third printing and its first audio production.)

Jonetta Rose Barras’s “Last of the Black Emperors,” which was a lead review of the Washington Post, figured prominently in Marion Barry’s decision not to run for re-election in 1998. It also led to Jonetta’s star turn on a “60 Minutes” segment, and to an extremely successful book with Ballantine/One World/Random House.

Because of its importance, Bancroft has also delved into the how-to/medical/health/self-help genre with what has come to be regarded as a breakthrough book – Jim Lynch’s “A Cry Unheard: New Insights into the Medical Consequences of Loneliness,” which was a July 2000 follow-up to his surprise bestseller, “The Broken Heart,” published 23 years earlier by Martin Kessler and Basic Books.

Even our trashy Hollywood novel, Mike Walker’s “Malicious Intent,” made waves. It was called “the most salacious novel published in 1999.”

Having become intimately familiar with the nuances of a book contract, and its negotiation, I have come to know various New York agents and New York publishing houses, taking full advantage of the law degree I earned in 1978, and my several subsequent years as a practicing lawyer.

And I’ve had to become aggressive in virtually every phase of publishing. Not one of those 20 ancillary deals I mentioned earlier, for instance, came to me. I had to find and consummate each such deal.

I also had to coach many a first-time author through the writing process. Jonetta Rose Barras, for example, unreservedly refers to me as her best editor in a long and successful writing career. Bill O’Reilly believes deeply in me as a judge of books, and greatly trusts my editing skills.

I’ve also applied my writing, publishing, and editing skills to ghostwrite three books, and to substantially rewrite a third.

For the various reasons I identified above, people in New York publishing houses have come to know Bancroft Press. Indeed, it’s the rare Bancroft book that hasn’t been validated by one of the big houses in some way – a testimonial few small publishers can claim.

Much to their surprise, we’ve excelled in so many different and unexpected genres, even in our first attempt: narrative history with Gus Russo’s Kennedy book; humor with Sandi Shelton’s “You Might as Well Laugh” and “Wilber Winkle Has A Complaint;” mainstream fiction with Bill O’Reilly and Mike Walker; and literary fiction with Scott Fuqua’s “The Reappearance of Sam Webber,” at a time when few, if any, small publishers even attempt fiction because of the odds of competing successfully against the output of the large houses.

In the process of paying my publishing dues several times over, I believe I have gained the one intangible that may be the most important qualification of any book editor – the ability to find and shape good books (I haven’t published a bad one yet), to position them properly in the marketplace, and to predict their success.

I have a deep passion for books. I have a restless, inquisitive mind. I’m a hard-worker. I’m aggressive. I’m a calculated risk-taker. And I attained all this success