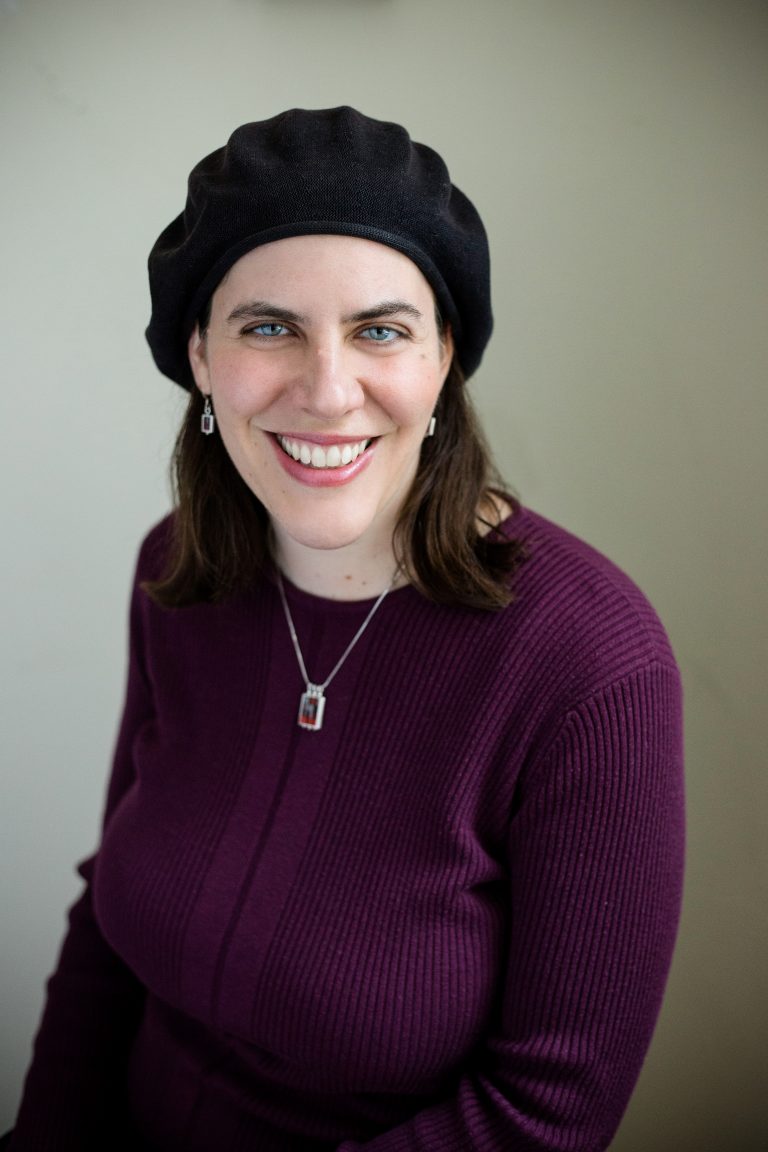 Evonne Marzouk grew up in Philadelphia. While still in high school, she had two stories published in The Apprentice Writer, published a story in Shofar, and was awarded first prize in fiction in a contest by the Israel Programs Center, which won her a free trip toIsrael.

She was an active member of the B’nai B’rith Youth Organization, serving as President of Chavalla BBG, Sisterhood Chair of Philly Region, and as anInternational Chair. She attended BBYO’s International Leadership Training Conference in Starlight, PA in 1993.

Evonne attended the Johns Hopkins University and received a B.A. from the Writing Seminars program, with a minor in Religious Studies, graduating Phi Beta Kappa in 1998. While at Hopkins, Evonne served as co-editor of, and frequent writer for, The Charles St. Standard. From 1996-1998, she worked part-time as a book editor at Bancroft Press, editing You Might as Well Laugh by Sandi Kahn Shelton (1996); Generation of Wealth by Julius Westheimer (1997); and Live by the Sword by Gus Russo (1998).

In 1998, she was selected First Runner-Up in the What Being Jewish Means to Me Essay/Expression Contest of the American Jewish Committee. From 1998-99, she served as the COEJL Legislative Fellow in the Legislative Assistant Program at the Religious Action Center for Reform Judaism, representing the Jewish community on environmental issues on Capitol Hill.

She founded and led the Green Group at Kesher Israel Synagogue from 2000-2007, and also served as an executive board member of Shomrei Adamah (Guardians of the Earth) from 2000-2002.

Evonne founded and is the former director of Canfei Nesharim, an organization that teaches Jewish wisdom about protecting the environment. In 2004, Canfei Nesharim was accepted to Bikkurim: An Incubator for New Jewish Ideas. For ten years, Evonne led Canfei Nesharim, working with rabbis, scientists, educators, and community leaders to create and distribute a wide range of materials demonstrating the depth of Jewish tradition on this topic, including Torah teachings on the environment for each weekly Torah portion, each Jewish holiday, and a comprehensive set of core teachings on the environment, which was later gathered into a book, Uplifting People and Planet: Eighteen Essential Jewish Lessons on the Environment, available in e-book format on Amazon.com.

In 2008, Evonne was invited to join the ROI Community, an international network of Jewish activists, entrepreneurs and innovators. In 2009, she was selected as one of The New York Jewish Week’s “36 under 36.” In 2011, with ROI’s generous support, Evonne launched and led the team to develop Jewcology.com, a web-based portal to support resource sharing and collaboration across the Jewish-environmental community. From 2007-2014, she also led Maayan Olam, a Torah-Environment committee in Silver Spring, MD.

Evonne began work for the U.S. Environmental Protection Agency in 1999. In 2001, through an IPA agreement, Evonne worked as a program associate for the Center for a New American Dream, where she conducted outreach for a project called Turn the Tide, to engage individuals and organizations to take simple steps to reduce their impact on the environment.

In 2002, she was the youngest person on the United States delegation to the World Summit on Sustainable Development in Johannesburg, South Africa. She has played a key role in work on the North American Agreement on Environmental Cooperation, the Minamata Convention on Mercury, and the Global Alliance to Eliminate Lead Paint.

She also manages a number of other communications and website projects for EPA’s Office ofInternational and Tribal Affairs.

Through her work at EPA, she was awarded a Bronze Medal for Commendable Service, for diligent and exemplary contributions to the 14th Session of the Commission for Environmental Cooperation in Morelia, Mexico on June 26-27, 2007; the International Affairs Award (2009), for enhancements to quality of work and dedication to developing core values for the office; OITA Communicator of the Year (2012-2013); the Russell Train Sustainability Award (2015 National Honor Award), for significantly advancing the work of the Lead Paint Alliance towards its goal of eliminating lead paint globally by 2020; and a Bronze Medal for Commendable Service, for efforts in support of United States participation in the Second UN Environment Assembly (2016).

Evonne continues to serve as an executive board member for Canfei Nesharim and as a steering committee member for Greater Washington Interfaith Power and Light.

She blogs on Medium at @evonnemarzouk and continues to speak and teach in the Jewish community about Torah and the environment, among other topics.

She lives in Silver Spring, MD, and attends Kemp Mill Synagogue with her husband and two sons.